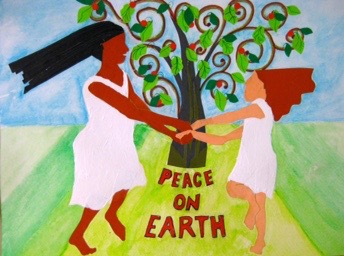 The first thing is to realize and understand that each person, while we are all part of a greater humanity, sees the world from his or her own perspective, the point of view that is utterly individual and conditioned by everything that has happened to that person. We see ourselves in one way, as the Center of our own world and point of view (how could it be otherwise?) but the fact is that others see us differently, because to them we are just a player on the stage of their own drama. When for example I might say to someone, “I love you” and mean it, that person, because of their history and life narrative, could hear it with many other feelings attached, and not hear my simple words as warm and sincere! Say that person had experienced the words “I love you” as a way for a someone to “manipulate them” or even to con them into doing what they did not want? Perhaps then the person I said “I love you” to will experience my words as dishonest, or a preface to a con, or just as manipulative. That does not mean ANYthing about my intent or my words themselves; it just says that for the other person, such words to them are unwanted because he or she had a life history where they were spoken dishonestly or manipulatively. That person’s view point is different from mine, as is everyone else’s and i cannot control either what or how they feel, or their reaction or perception of me and the world.

As a bit player on everyone else’s stage, where they are of course their own “star,” the “I” that I know, that is to say me as that player in their stage, is seen from their point of view and colored or discolored by their personal drama. Of course it is necessary to remember that everyone or mostly everyone is also taking what I say personally, but from a point of view I can neither control nor truly understand, because I am not that person! If they hear my “I love you” as a threat, does it help me or the situation to take their response personally? Of course not. I know I meant the words honestly but I also know that whatever they “heard” is not under my control.

More important though is the necessity (if we want to live happily and in peace in this world) not to take others’ words or behaviors personally even when they are “intended to be personal” ! This is not easy, because as the captain of our own ships, the star of the universe of our own perceptions, we hear and see all from the viewpoint of our dramas too. However, even such an “intentionally hurtful” remark, such as, “You are so stupid!”does not need to be taken as insulting or personal in any way. In fact, I would ask how it helps the situation if we do!

If instead of reacting from the POV that hears an insult, we take that NVC pause that marshall Rosenberg talks about, we could analyse the statement about being stupid and realize that even the intent to be hurtful is neither hurtful nor “personal”. The words, “you are so stupid” have in fact nothing to do with me, but everything to do with the other person’s history, drama, and point of view. What they perceive of me comes from this and I cannot control them or their feelings. Maybe yes, they are just having a bad day, or maybe their words come from a reaction to something they heard or perceived in the past. Or maybe what I did, from their point of view, felt to them somehow “stupid.” I cannot know. I can only know that it will never help me live a happier or more fulfilling life if I get insulted and yell back because I believe they “should” not have said those words. If on the other hand I use NVC to understand that the “you are so stupid” has NOTHING at all to do with reality, but was derived from their POV alone, I can ask myself (and even them) about it without feeling rancor or insulted…

The thing is to inquire whether TTP contributes to life’s value and happiness, which I am convinced it does not.

I am sure I have not done justice here to either Ruiz’ THE FOUR AGREEMENTS, or to Rosenberg’s NVC, but I try to live life without TTP, without taking things personally, because doing so has made me happier, easier to be with, and more productive and creative. What better argument for this than that not taking anything personally makes life, as Rosenberg liked to say, “more wonderful “?

My best to you all,

Sometimes you never know who it is that has a disabling mental “illness,” not even when they are right in front of you. Not every person who has been diagnosed with schizophrenia, for instance, looks like it or pushes a shopping cart laden with household “extranea” down the street, homeless, filthy, and laughing wildly to themselves…Not that this is so terrible either, frankly. We should all not be so quick to judge. And no, we should not judge even this notion of the homeless-shopping-cart-person as “bad” or “wrong” — not until we know the person and understand what he or she wants from life and his or her history. I am not saying that anyone should freeze to death from exposure, or suffer from hunger or from any unwanted basic deprivation, only that no one understands the life conditions of another until you talk with them and come to know that person…

Too many people make assumptions that are wrong and/or erroneous based only on what they want and are comfortable with, not on what the other person needs and wants. Believe me, I know, having been there way more often than I wish and experienced it from that “other side.” Far too many times have people claimed to be “helping me” and have only hurt me! It is not that I think they were badly intentioned, so much as that they were only thinking about how they felt or would feel. They were not being truly empathic, not giving an inch or a nanosecond to trying to think about how I, personally, did feel nor for that matter asking me what I might want or need at that moment.

I want to remind people to remember that “ASSUME makes an ASS out of U and Me..” so instead of assuming anything about another person, especially someone who has an apparent mental “illness” or someone who at any rate seems somehow “different” from the people who are familiar to you, ask them questions…Find out what they want and what makes them comfortable!

As Toltec spiritual advisor Don Miguel Ruiz tells us in THE FOUR AGREEMENTS, which is the best book of its sort I have ever read, you can and should ask any question you want to, so long as you are honestly prepared to accept the answer.

By the way, the Second Agreement, in his book, an Agreement I find so fundamentally important, is Do Not Take Anything Personally. By taking things personally — that way danger and disappointment and all distress lies. Truly this is so. People are all in their own little bubbles, taking their own lives personally and frankly, think about that! We are only on the periphery of everyone else’s thinking and living, and in a very real way they cannot ever know us as we know ourselves, they can only know us through the lens of their own lives, their own bubbles. This revelation can be freeing if you let it…

That is why we should not take anything personally — because other people are too busy doing the same thing and not seeing us as we are, but only as adjuncts to their lives and thinking. If we truly knew and accepted this, we would be free from a great deal of angst and upset. But of course this is a very difficult thing to do…to free ourselves of the notion that we are as important in others lives as we are in our own. No, they are the important actors on their own stage, we are not. We really need to get over thinking that we are prima donnas in everyone’s drama as well as our own…Is not our own life enough? I should think so. Who would want to star in more than one drama at a time?

An article about my art! 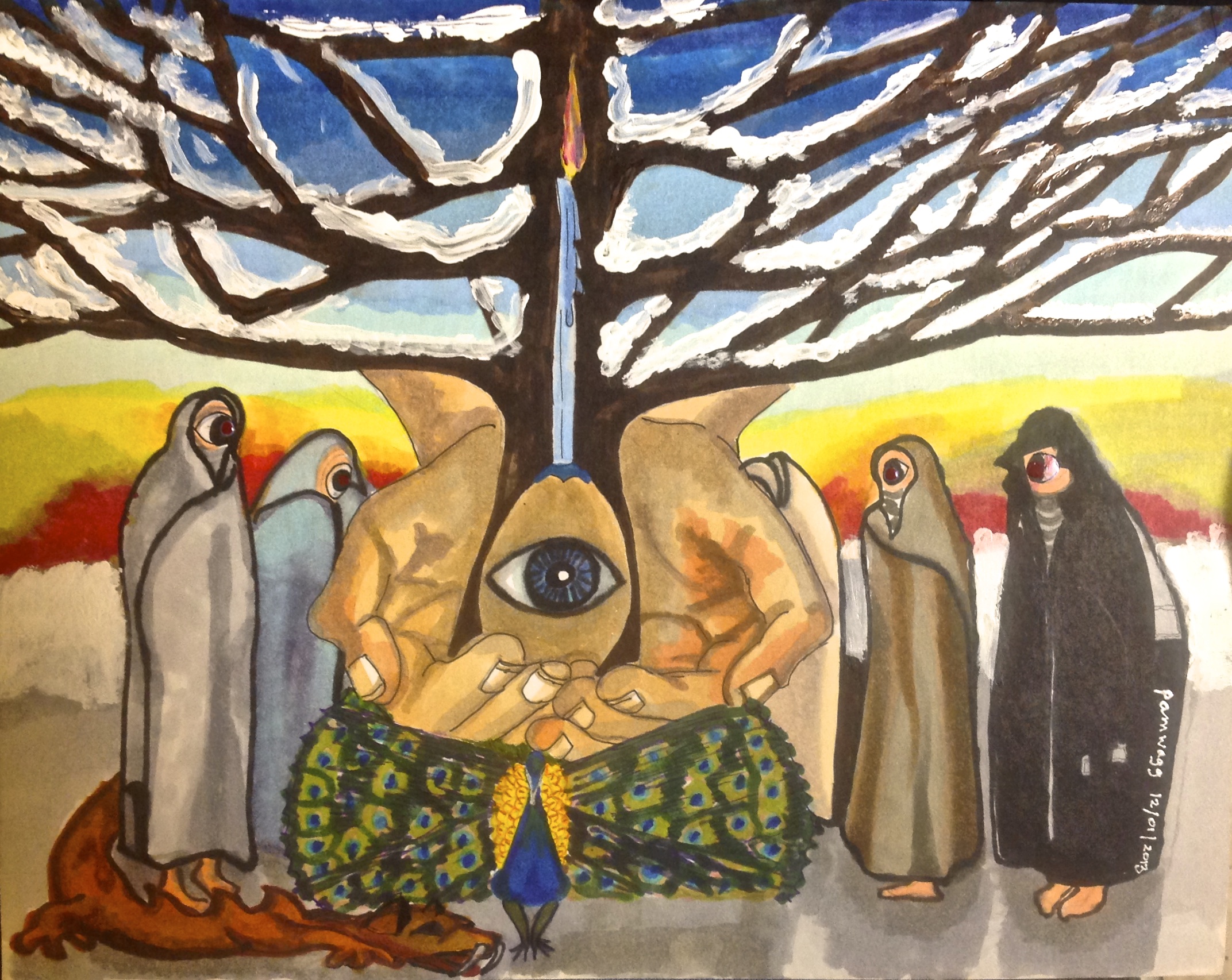 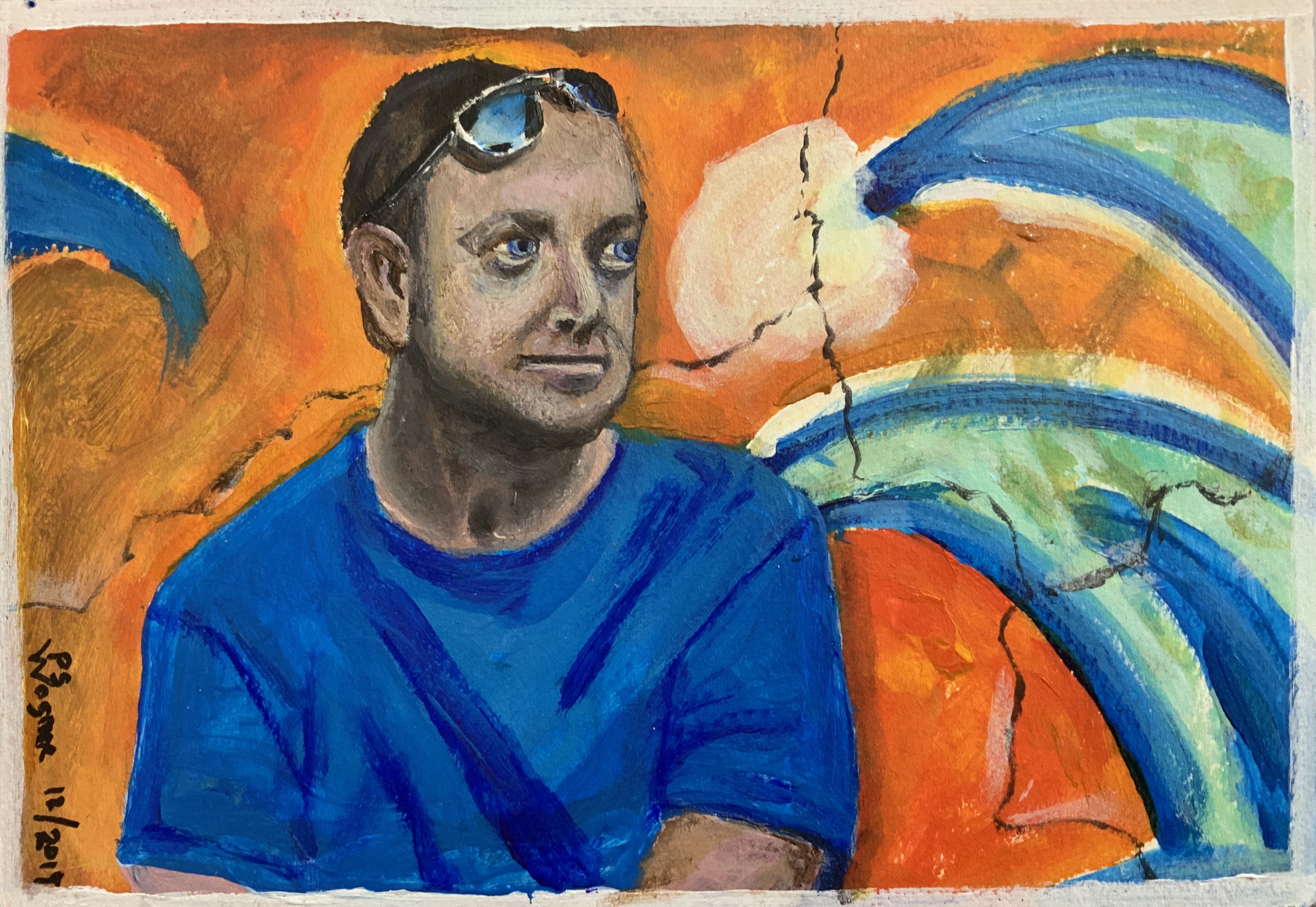 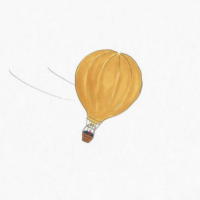 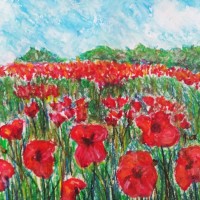 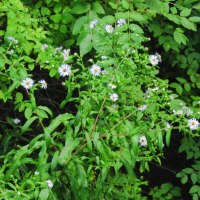 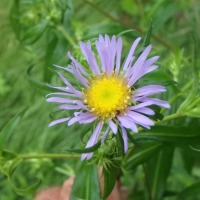