That said, my best time, if I have had enough sleep the day/night before, is after midnight. Dr O — whom if you recall I now refer to as Mary in most other contexts, since she is no longer my doctor and has temporarily retired from the “business” or is “on sabbatical” as she calls it — told me once that the notion of some people being “night owls” and some being “early birds” is a real phenomenon and not just a myth, that in fact there are reasons why certain people like me prefer the hours post-midnight and feel most alert and alive then, and why I claim that it is then that I get my best work done. As I understand it, there are actual “chemicals” — I hate that generic term for more specific biological substances! — which impel a person towards sleep and that these are at their lowest in the morning and constantly building up during the day until for most people, or at least for those whose drive to sleep peaks at around 10 or 11pm or so, the sleep pressure is such that they feel the urge to sleep and usually do so easily around that time. (I think this is modified somewhat by the fact of artificial light and that in fact were we bound by (some would say limited to) the natural cycle of daylight, our “sleep chemicals” might take on another pattern, pushing us to sleep whenever it got dark enough that sleep was our only recourse. Of course, we still don’t really know why we sleep at all, but the fact that there is nighttime, that it is too dark to see in and do anything in, or was before we acquired artificial means to light up the darkness, and that there is nothing to do then except sleep seems to me to be reason enough. Better sleep than fidget! And better sleep than try to venture outside of your warm cave and get yourself killed in the dark…

But as I was saying, I am always sleepy. Or almost always. Sometimes, when my medication is actually helping me, and when I have added to it a strong cup of coffee (often it seems that the coffee is a more effective alerting agent than the methylphenidate, oddly enough, since I can easily sleep through 40mg of the latter but not through the 150mg of caffeine in a cup of coffee …) I feel somewhat able to get things done. No, I can’t read, or not very often. Reading more than a few pages is usually beyond my concentrating abilities. This is partly because my eyes, with their strange tendency to conflate inability with lack of desire, reject it and partly because reading simply overwhelms all the powers of any alerting agent to keep me awake: To sit down and read and stay awake seems literally impossible. However, years back, in the 1990s and early 2000s, when I took Zyprexa 35mg, reading was massively important to me, more important to me than any other activity I could imagine (due to the Zyprexa having wakened me to the world…). Dr O, who became my sleep specialist as well as my psychiatrist in 2000 and so was able to monitor both my schizophrenia as well as my narcolepsy, was aware of this and treated it with both methyphenidate SR and ER and Provigil and sometimes Adderall as well. These in varying combinations plus the Zyprexa were at least helpful. I remained sleepy, and continued to suffer from hypnogogic/hypnopompic hallucinations — that is, REM intrusions into waking states, or dreaming while awake, and not just when getting up or falling asleep but in the middle of the day — but I was alert enough to read as much as I wanted to, at least during part of the day.

Now, however, my eyes refuse to let me read, even when it might be possible. And when I do  at least try to read, that is, when other activities such as writing are possible and so reading ought to be as well, I find myself falling asleep because of eye strain and fatigue. Talk about a vicious circle. Yet I will work around both of those in order to write! Weird…Even now I can barely see what I am writing, have to contort myself to “get around” the confusion of dancing and shimmering letters, but I continue to write nonetheless, as my eyes do not refuse to do that. Yet they do and would refuse to read someone else’s blog, especially anything longer than a short paragraph, if that.

Sleep sleep sleep and that well known “ravell’d sleeve of care” as in Shakespeare’s MACBETH:

Balm of hurt minds…Indeed, yet I did not sleep well last night. I was both too upset and riled, and too raveled or would we say, unraveled by the things that I felt I had to do to please too many people. I didn’t, I thought, have the right, or the wherewithal to say No to anyone,  I didn’t know how, I didn’t feel, after I had said “Yes, I will, I would, I can, I should,” to then say, essentially, “F—K off,” and “No, I won’t after all.” Well, of course, to say, “No, I can’t,” is not necessarily to say, “F—k off!” to any one, but I was feeling that way. I felt so angry but also so terribly tired and so overwhelmed and crazed by people demanding of me more than I could cope with and then just that one inch more that I thought I would die…and then, and then…it was basically “F—k you, everyone! I cannot take it anymore. I quit!”

Luckily I didn’t tell anyone that, not exactly, and not in the middle of the night.  I didn’t even call Lee and tell him that I felt overwhelmed and unable to take it any longer.  I cried, yes,. And I wrote emails to people I could scream to, in  despair without jeopardizing our friendships or my freedom…I always have to worry about that! (*Nor did I admit to anyone  — except one pen-friend — that I also feel, frankly, obese, so obese that I want to —but I won’t say it, won’t say it, won’t say it…All I will say is that I hate myself and that I will never again take either the Zyprexa or 30mg of Abilify. If I had known that the additional 15mg of Abilify would make me gain 20 pounds in 6 months I never would have agreed to stay on it after the hospital stay last spring. If I hadn’t taken it after I got out, I would not be in this horrible situation now. No one, least of all the visiting nurse who presses both drugs on me in the name of keeping me sane (hah), seems to understand  how insane it makes me) But I have digressed yet again…

I was speaking of how tired and over-committed I was,  and how I felt that I could not say, “No, I cannot do this, that or the other” to anyone, most especially after I had made a commitment, however unwilling– or even unwittingly. That is not to say that I did not want to do all of what I had to do, only that  I had signed up for too much and now had to draw back and decide what my priorities were. Even those I wanted to do, I had to choose among as well. But I wasn’t calm enough to think this last night, let alone to do such choosing.

Instead, though I had taken my Xyrem, the sleep medicine for narcolepsy that usually zonks me right out, and had taken it early, I tossed and struggled with the green microfiber cushions of my recliner for about an hour, trying to find  a tunnel into sleep, so that I could forget my woes for a while. But it was, as you can imagine, useless, even with the Xyrem. So instead of fighting the green any longer, and tearing holes in it, I turned the lights back on and pulled the lever and sat up again. To my small satisfaction, I discovered that I had in fact slept a  little in my tossing, and that it was 3 a.m. and not just midnight. Good, so I was not going to be up the entire night. At least I could say that I’d slept a few hours…But I was wide awake now. So instead of brooding the more, I decided to…well, there were some poetry contests with December 31 deadlines, so I started the long process of finding poems and making duplicate copies and such to enter those…and it was in doing that, and cleaning the apartment, that the night finally came to an end…

Today, of course, I suffered from extreme sleepiness, until now, when it is nearly midnight, and I am awake again. Go figger. 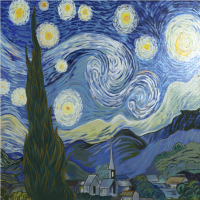 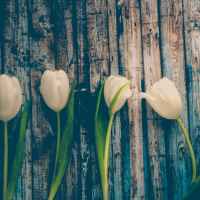 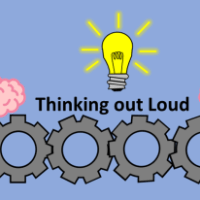 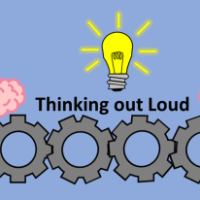 A place to express my writing voice and share it with others.

A place to express my writing voice and share it with others.